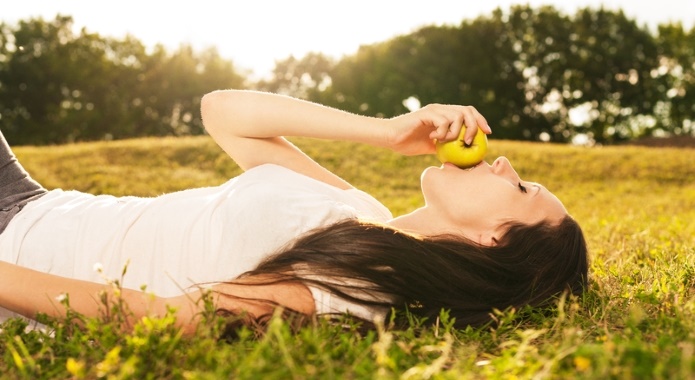 REMEMBER: These Are TOP 7 Weight Loss Myths That Hurt Your Fitness Efforts! Pay SPECIAL Attention to Myth #6! These Tips Helped Over 16,000 Readers! AWESOME Photos Inside!

The more we know about weight loss processes, the harder it is for us to fall for various myths with regards to shedding body fat. While it is in our nature to simplify complex problems, we need to realize that there are hundreds of other factors affecting these processes.

You need to realize that if all actions you take to achieve skinny figure are based on wrong knowledge, you are doomed to fail even before you begin. Therefore, I am going to debunk seven most commonly believed weight loss myths!

Myth #1 – Starvation Is The Right Way 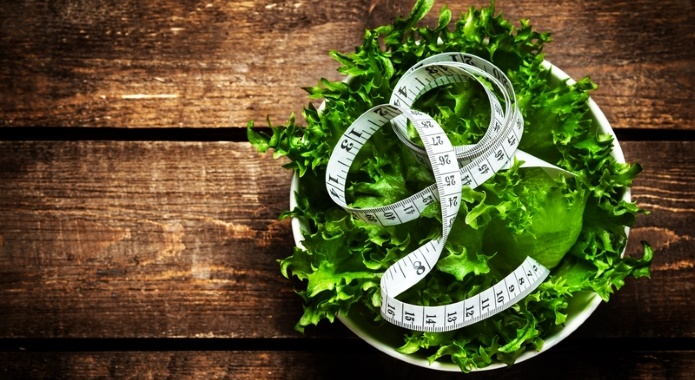 Your body produces energy – that’s how you get out of bed in the morning. Your fuel is comprised of oxygen, water, and food. We try to trick our bodies by treating your fuel intake as a simple math equation:

However, human bodies are more adaptable than that. In fact, the less food your organism gets over a longer period, the more it tries to conserve the calories it is getting.

Keep in mind: The way it does this is by supplying you with less energy and not by burning your fat reserves you already have stored under your skin. 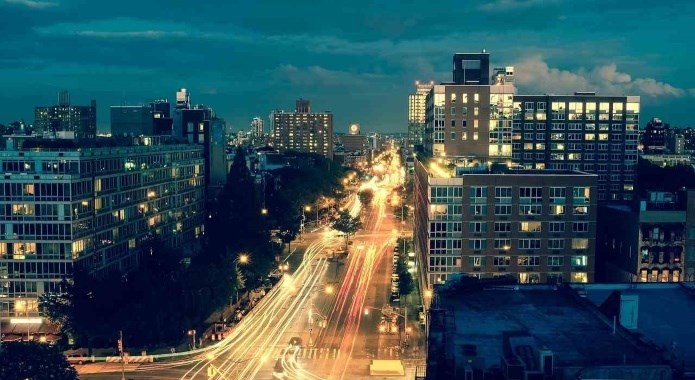 The so-called “6 p.m. rule” is a holdover from a time when we didn’t know anything about nutritional science and human metabolism. The reasoning is that your organism goes into resting mode around 9 – 10 p.m., and so it slows down its ability to burn eaten food for fuel.

While it’s true that your body takes longer to digest food while you’re asleep, it still converts it into the same amount of energy reserves as it would if you were awake.

Pay attention: This is the same as with breakfast, which helps you lose weight – even though you eat it when your digestive system is just waking up, and your metabolism is still slow.

The act of eating will pump up your body’s metabolism, so having dinner after six p.m. is fine as long as you don’t need to sleep right after that. 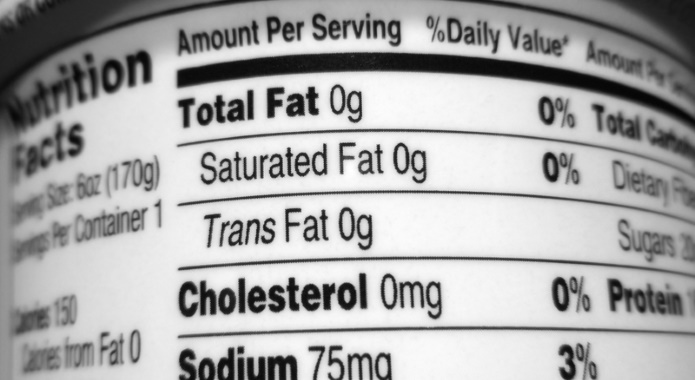 Again, this craze going on for the past 20 years has been based on the idea that “eating fat makes you chubby”. There is some truth to this, as a gram of fat does have nine calories while a gram of protein or carbohydrate has only four.

However, this myth – like many other – underestimates the power of the human body to regulate itself.

Pay attention: The fatty stuff we’re ingesting may weigh the same, and seem like the same amount of food, as the lower-fat option, but our bodies know the difference.

Try to consume two meals, one high- and one low-fat. Give yourself the same portion of each. Will you be satiated more after a low-fat or a high-fat meal?

Myth #4 – You Have to Avoid All Carbs 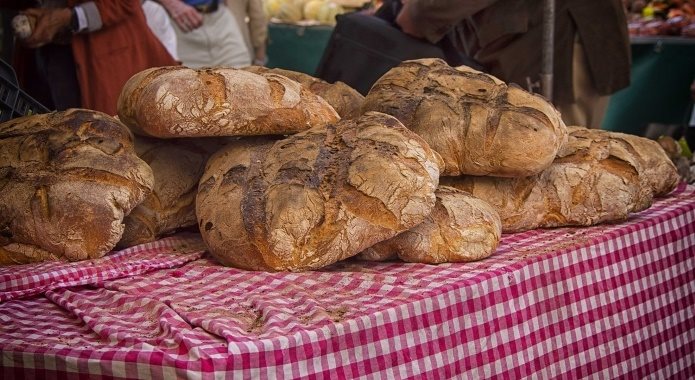 Much like the myth above, the no-carbs diet is based on the human desire for a straight answer, a simple solution, one grocery scapegoat that causes all our fat problems. Of course, the human body and the world itself are more complicated than that.

Carbs come in many different types and levels of digestibility. Brown rice, for example, is a carbohydrate – and so is a corn syrup. We all know that one of those is healthier than the other, don’t we?

Pay attention: The reason is that corn syrup has a high glycemic index (HGI) – your body absorbs the energy from it so fast that you experience a “sugar rush”. This is always followed by a crash that causes intense cravings for more sweet food and snacks.

The brown rice, on the other hand, breaks down slowly in your system. It also contains fiber, which helps you shed pounds by making you feel fuller and aiding digestion.

This myth is very similar to the one about starving yourself – it just doesn’t have any backing in science. Your body can do its best with a modest but steady stream of food that tells it, “you’re not starving, keep those engines going,” without heaping an overflow of energy that will be converted into fat!

As with everything, the key to long-lasting skinny figure is moderation, which doesn’t sell many crazy diets or fancy protein shakes.

Myth #6 – Hard Exercise & Workouts Is The Only Way 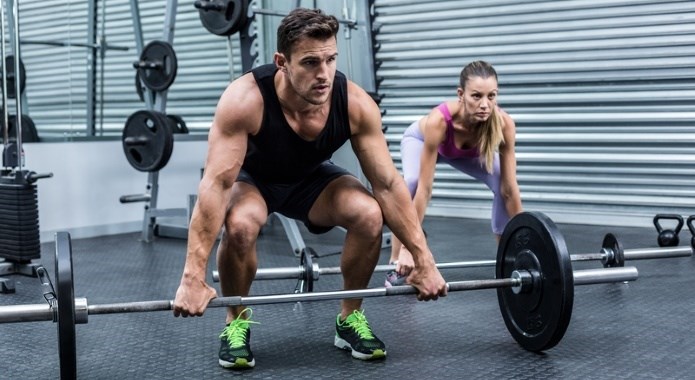 Of course, the exercise regime has received almost as much attention as what you eat. Many people would like to think that if they work out they can “eat whatever they want,” but, in fact, many types of exercises don’t offer a much cardiovascular benefit at all.

Keep in mind: You also need strong muscles to make those workouts effective at burning more calories – muscles that are made of protein (do not forget to eat it).

In other words, a balanced diet is necessary not only for losing body mass but also to maximize your benefits of any workout program. 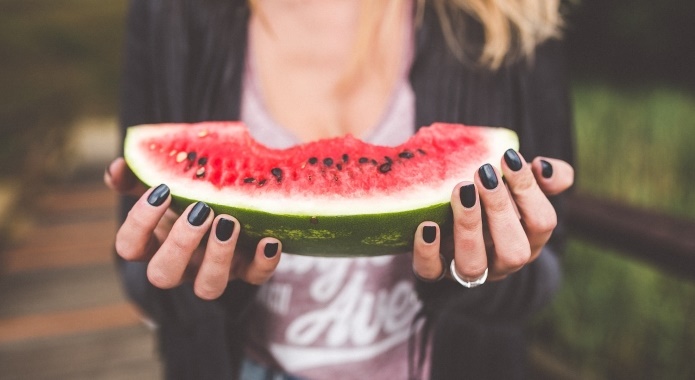 Lots of us wish that one crazy thing will undo all of our problems – maybe we’ll win the lottery, or get “discovered” singing at a club, or lose a hundred pounds by eating just grapefruit or coleslaw.

Truth be told, no single grocery has all the nutrients, vitamins and minerals that your body needs to build strong bones, healthy skin, and muscle mass.

Keep in mind: By eating only one food, you can even hinder your efforts to get slim as a deprivation of many nutrients will make you feel tired, weak, or crave more junk food.

Some very successful diets focus primarily on a few small food groups or people whose taste limits their options. However, not single one of these can sustain a healthy human being for a long time, much less help you lose weight!

What Are Bingo Wings & How to Get Rid of Them

Benefits of Walking 3 Miles a Day